What body, what home, what trust
cannot be broken?

“The Estrangement of Melusine”

A Fairy Tale in Verse

A tale of alienation and of grief:
the woman as serpent,
divided in body,
and separated
from any home, from every love,
and from God.

“The poet of ‘Melusine’ manages the difficult trick of writing in a voice that’s both archaic and contemporary, the voice of the teller of tales. The story is old; the magic in it is traditional magic; but she gives the magic a contemporary theological spin, and the snake-woman of so many tales becomes our mirror. And how deftly she uses form.” — Alicia Suskin Ostriker, Poet, Critic, Midrashist

Is there love that knows no betrayal? 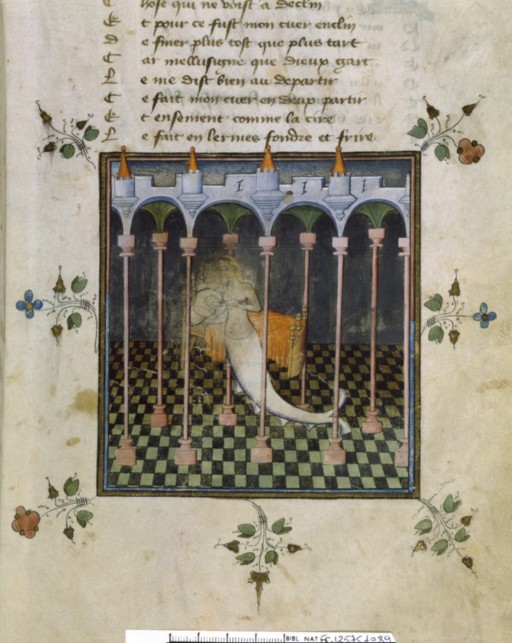 No wonder the fairy Melusine was sad: she didn’t know JUMBO THE ELEPHANT.

In French there’s an idiom for uttering the utterly unbearable: “Pousser des cris de Mélusine”- to cry out as does Melusine.  These are the heartrending howls of tearing, of separation, of grief for the self, for the beloved.

According to legend, Melusine still cries whenever a member of the House of Lusignan is about to die.  Each parting is a new estrangement.  Her exile becomes a no-place, where, invisible, untouchable, she hovers nearby, exiled from every form of love – except loving.

Delve into the fairy’s myth
in shape-shifting verse
with forms invented to reflect
serpent, woman, spirit,
and her human story.

Sculpture of the Fairy Melusine
(Emblem of Lusignan)
Church of St. Sulpice