The Song of Songs

A Rendering of Scripture’s Canticles As Theatrical Pageant 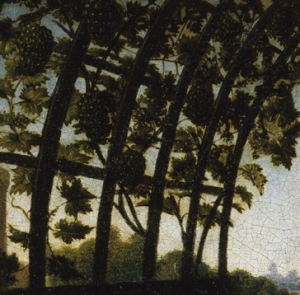 THE DIVINE WORK OF SUPREME LOVE

The Rapturous Song Made Out of Songs

“For all of eternity in its entirety is not as worthy as the day on which the Song of Songs was given to Israel, for all the Writings are holy, but the Song of Songs is the Holy of Holies.”
– Rabbi Akiba (c. 40 – c. 137 CE)

Wise KING SOLOMON
has created a commune
for unmarriageable Jewish women.
Those DAUGHTERS OF JERUSALEM perform
this dramatic pastiche of his songs
for him and his sublime beloved,
THE QUEEN OF SHEBA.

A MYSTERY PLAY
of when
LOVE BRINGS THE ULTIMATE UNION

In this rendering, which owes thanks to the elaborate scholarly apparatus offered by biblehub.com/, you may notice alternates to familiar phrases, especially ones known from the irreplaceable King James translation.

Such fresh thoughts (which do not use prim, academic italics to tell you what’s new) are often inserted through expanded poetic parrallelism, as well as by the addition of copulatives and comparatives the original Hebrew does not offer. 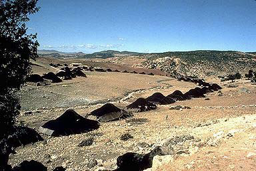 “My sister-other, my spouse is a garden enclosed,
a paradise…”

And then there is:

“But I have taken off my garment,
shed my body in sleep;
how would I put it on?”

Those songs of Solomon were grand, but wait till you hear the JUMBO THE ELEPHANT theme song!